10 Tips to ride Vienna’s subway like a true Viennese 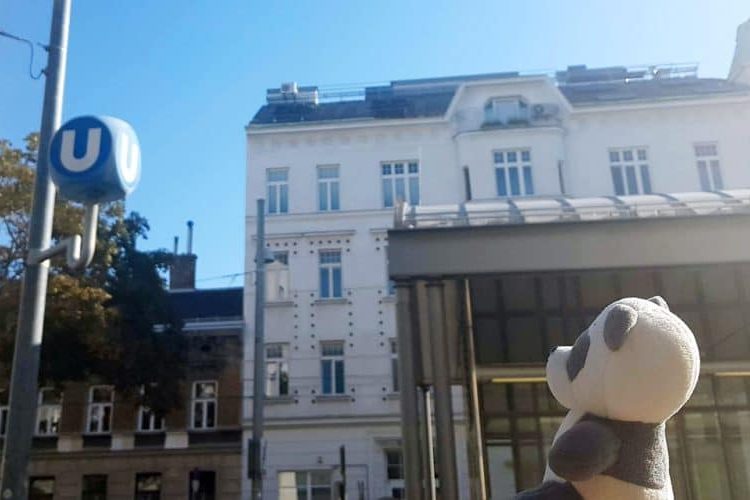 When coming to Vienna, taking the subway is the most convenient way to move around the city, just like the people who live here. Not just because the city is crowded and it can be slow to drive around by car, but also because it is quite cost-efficient for the Viennese.

The annual ticket for all public transportations, subway, regional trains, trams and busses costs only 365 Euros, which makes just one Euro per day. As I am pretty good with maths, I can tell you that’s cheap. Also, going to the city center by car takes longer and is also more expensive. They charge you a fortune for parking when you are finally lucky enough to find a free spot.

If you think, that you can just hop on the next subway train, or as they call it, the “U-Bahn”, and go your way, you are far wrong. The Viennese will sense that you are a tourist in a second, and if they have a bad day, we maybe, just maybe, they will give you “the look”.

Heads up! To outsmart the average grumpy Viennese, you just have to blend in. Stick to my ten easy rules and, well, you might still get “the look” but at least they will think you are just one of them, trust me!

No. 1: Stand right on escalators

Because people who do not stand on the right and do not move when Viennese walk right behind them are instantly exposed as tourists. If you are caught standing on the left side, we will politely call your attention to it by excessively clearing our throats. Or we will call out to you with a loud, slightly passive aggressive “Excuse me!” (Entschuldigung!) in order to make you move.

Viennese stand right on escalators, although there is noone there.

No. 2: Push in as soon as the subway doors open… not

Although Viennese might seem like they do not care about others, they still wait in order for other people to get off the subway first before they hop on. Move out of the way as soon as you get inside, because…

No. 3: Run for the train and jump through the already closing train doors

A few accidents happened in the past, so the operating company, the Wiener Linien, tried to come up with unique methods to prevent future mischiefs. There are red blinking lights above train doors, a friendly voice says “Zurückbleiben bitte.” (stay back please) and a piercing peeping sound strikes your ears right before the doors close. For people who are not used to it, these are normal alarming signs which tell them to stop immediately. For Viennese they are the starting signal to run for the train and jump right in while the doors are already closing.

I do not recommend to do that, because lots of people hurt themselves really bad in the past. But to prevent people from jumping on to you, get away from the door as soon as you hopped on the train. While you got on the train on time, you do not want the next one who runs in after you to tackle you like a professional American football player.

Me, me right running after and jumping onto the train. Really, don’t do that!

No. 4: Be outraged and dramatically annoyed when the waiting time is more than 3 minutes

You are now probably wondering why people run for the train, although the next one will come in just 5 minutes? Unfortunately I cannot tell you the reason, but Viennese, me included, are just disgusted when they have to wait for a train longer than three minutes. Probably they get 5 minutes of their lifetime stolen?

Anyway. If you happen to meet that very situation and the display on the track tells you that you have to wait outrageous five, or even worse, six minutes, sigh hearably loud at least once. If you want to be even more authentic, mumble a few undefined swear words.

What, I have to wait 4 whole minutes for the subway??? What a waste of time!

No. 5: When you want to get out, push the open-button on the door as often as possible

While the old subway train doors need to be opened manually, the new ones are equipped with modern buttons. Those can be pushed as soon as the train leaves the station. Then, when you reach the next one, the door will open automatically.

To make sure, the door will really really open when you arrive, you should push the button not just once, but at least a few times. The emerging peeping sound will annoy not just you, but all the other passengers around you as well.

After pushing the button once, its lights turn red… anyway, let’s make sure I really pushed it.

While at the station or on the subway train, they frequently blast you with different obscure announcements. Just in German. As you know, Vienna is a cosmopolitan city, but somehow they still not manage to translate those probably quite important announcements into English. Or they do not want to. We will never know.

But do not be scared or confused, most of them are friendly and considerate reminders to stay safe, for example the outstandingly short notice “Sehr geehrte Fahrgäste, bitte seien Sie achtsam. Zwischen Bahnsteig und U-Bahn-Tür ist ein Spalt.” which roughly translates to: Mind the gap.

Mind the gap, although it’s really small. But I can fall through!

No. 7: Piercingly stare at those who listen to loud music, but do not say anything to them

You frequently meet wanna-be DJs on Vienna’s subway. They listen to loud music, with and without earphones on. They do not seem to be bothered by annoying everyone around them. Treat them with what they deserve: disgust. Try to catch their attention and piercingly stare at them. Even if they do not stop, by all means, do not say anything. Austrians like to suck up their problems and uneasiness, but complain to casual bystanders about how horrible their ride was afterwards.

Which brings me to number eight…

No. 8: Talk loudly, so others can listen to your conversation

Whether on the phone or to your bff next to you: talk loud and clear so bored people next to you can listen to your conversation. If it is a fairly complex topic, do us a favor and provide us with a short summary of the back story. We really want to know why she is a jerk and broke up with you, really!

And if you do not want to cooperate, please tune it down a little.

No. 9: Read Austria’s highest-circulating daily tabloid and plaster the trains with it afterwards

If you have wondered which blow offs have been going on in Austria these days, grap one of the free daily tabloids found at every subway station. Gorge all the exaggerated headlines and leave paper on a train seat afterwards. This will not only make the train look dirtier than it actually is, but it will also show that you are too lazy to carry it with you and throw it out at one of the many trash cans found in every station.

No, please do not do that. Throw it away like any normal person. Thank you.

Me, searching for a near subway station. You have to look for the big blue U blocks. U is for “U-Bahn”. You can find the free tabloids near every subway entrance.

No. 10: Eat the smelliest food you can find, preferably a döner kebab, pizza or fried noodles

For unknown reasons, Austrians like to scoff their food on the subway. And it must be an unspoken rule, that it has to be the smelliest food they can find.

Luckily the company running public transports, the Wiener Linien, are thinking about banning to eat food on the subway soon. So it is only a matter of time to get home in the evening without smelling like a “insert random food here” sales booth.

If you still have more tips which I should include here, please drop me a message on my email, Facebook or Instagram.

Hi, my name is Bettina, the woman behind small panda toy Mister Wong. I love to travel to East Asia and find the most delicious food. When I am stuck at home in Vienna, Austria, I am always on the hunt for the most authentic options in my home city.

This website uses cookies to improve your experience while you navigate through the website. Out of these cookies, the cookies that are categorized as necessary are stored on your browser as they are essential for the working of basic functionalities of the website. We also use third-party cookies that help us analyze and understand how you use this website. These cookies will be stored in your browser only with your consent. You also have the option to opt-out of these cookies. But opting out of some of these cookies may have an effect on your browsing experience.
Necessary Always Enabled
Necessary cookies are absolutely essential for the website to function properly. This category only includes cookies that ensures basic functionalities and security features of the website. These cookies do not store any personal information.
Non-necessary
Any cookies that may not be particularly necessary for the website to function and is used specifically to collect user personal data via analytics, ads, other embedded contents are termed as non-necessary cookies. It is mandatory to procure user consent prior to running these cookies on your website.
SAVE & ACCEPT